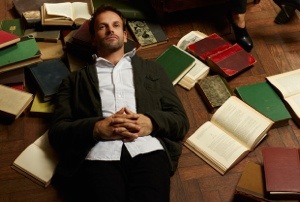 I, like most Sherlock Holmes geeks watched the much anticipated ‘Elementary’ now I am not going to get into a rant over the show (which believe me would take some time). There was an interesting scene in one of the episodes in which Sherlock correctly deduces details about Watson’s amorous activity based upon her walking gait.

Sat watching with my girlfriend she asked me if this was possible, I honestly had no answer whatsoever for her. Well I couldn’t provide an answer that would be based solely on the walk of someone no. So this is what led me down 4 and a half months of research and experiments. Test’s were carried out on friends, family and even complete strangers to place as many different variables into the research as possible. Many questions obviously arise here from anyone and what follows I hope will answer as many as possible.

Initially from any kind of deduction or observation as personal as this one, the first way to go about it would to make your guess based on the analysis of the person in questions’ bass line behaviour. To very briefly explain what this is, this is what their behaviour is like in a normal everyday situation. Behaviour that differs from this normal baseline status is often considered emotional stress peeks, however if you add context to the situation the this provides a different viewpoint on the situation. For example, a friend who is busy with work commitments and is known to be single will often behave in a very specific way. Changes to this behaviour will be noticeable to those initiated with their baseline. Changes most often akin to amorous activity are to do with emotions and moods.

It is true that it is often considered a way to de-stress yourself and bring your mood back to a more amiable one. All emotional reasons, and chosen partner for the activity aside the mood change is largely due to the endorphin release. These endorphins are released into the spinal fluid and other parts of the body which is essentially the hub for obvious posture, this has a domino effect in that a change in physiology will affect the mood/emotion you are feeling at the time. Very basically put, science has proven that if you are feeling low and you smile then you will begin to feel happier.

This is due to the chemical make up of endorphins which are similar to morphine and other analgesics.

However, these endorphins can and often are released during other forms and strenuous exercise and attendance at the gym. They can even be released during something as simple as a fit of hysterical laughter!

During my efforts and research, I found out all to quickly that this type of information could not be gleaned from merely walk alone. That would depict a mood change definitely, but to gauge ones amorous activity then other attributes will need to be taken into account.

So, in conclusion my findings are that no, you cannot gauge someone’s sexual activity by there walking pace/gait alone.

SO WHAT CAN BE DEDUCED BY SOMEONE’S WALK

This is a PDF work up of the correlation between walking pace and age, and gender/smoking/alcohol etc. There is some interesting points about the psychophysiological reactions when emotions are felt as well and how this affects are walk.

The classic ‘wobbly bottom’ of the models way of walking, causes excess pressure on the Gluteus Medius which can lead to back pain and weak muscles. Pilates will help with this, so if you ever find yourself performing for models then it is a safe bet that at least one of them will have taken a Pilates class.

Boston medical research centre found a correlation between a slow walking pace and the amount of electrical activity in the brain. This basically means that fewer neutrinos are firing and it will function at a slower pace. This can lead to a risk of dementia, poor performance on language’ memory and decision making. Speed walking relates to exercise and endorphin release. The heads of the National Institute on Agings Behavioural and Systems Neuroscience Branch have stated that walking change is an observable change in cognitive processing. A slow deterioration is the biggest indicator towards dementia and Alzheimer’s sufferers. A note on this information would be that they consider a slow pace of walking to be 2ft per second and a fast pace to be 3.3 ft per second.

Limping, which is indicative of the pelvis having dropped on one side, most likely cause of this would be an osteoarthritic hip. This can be seen in shoes with an excessive wear on the heel of one shoe more than the other an for the detective, a consistently deeper footprint on one side. I will write a separate entry in a few months on shoes and possible inferences so for now I will keep them very brief. If the limp means they are tiptoeing on one side, this relates to medicinal problem with the heel and ankle of the foot and can be seen in excessive crease marks on one shoe more than the other. Which is situated below the laces.

There are many other aspects I could cite but would require further medical explanation and I fear another tangent coming on so I will endeavour to be as to the point as possible.

– A stomping which is consistent in the walk may suggest a vitamin b12 deficiency. One of the functions of this vitamin is to help regulate the brain signals that give information about the position of the limb in relationship to the ground. This is called proprioception.

– Any issues with walking up stairs, the most likely cause of this is bunions.

– A shuffling to the walk. Much like the pace this would need to be progressive but however would indicate Parkinson’s onset. This is a progressive neurological disorder, which cause a deficiency of the brain chemical dopamine. Depleted Dopamine levels can leads to a loss of muscle control.

There you have it friends, I have thrown a lot of information at you in a very short space of time and for this I apologise. However it is all valid and worthwhile to learn for the deductionist. File it away neatly in your memory palace 🙂

If you have anything to chat about, then you know where I am 🙂 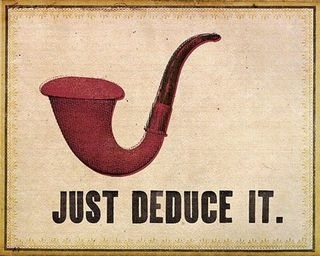